The 5 Secret Cannabinoids and What They Do

The medical industry is obsessed with CBD and its potential for improving our health. But what is actually in this mysterious plant taking the healthcare industry by storm?
Share This Article:
FDA DISCLAIMER

The statements made regarding products on our website have not been evaluated by the Food and Drug Administration. The efficacy of these products has not been confirmed by FDA-approved research. Our products are not intended to diagnose, treat, cure or prevent any disease. All information presented here is not meant as a substitute for or alternative to information from health care practitioners. Please consult your healthcare professional about potential interactions or other possible complications before using any product. The Federal Food, Drug, and Cosmetic Act require this notice.

FDA Disclosure* The statements made regarding these products have not been evaluated by the Food and Drug Administration. The efficacy of these products has not been confirmed by FDA-approved research. These products are not intended to diagnose, treat, cure or prevent any disease. All information presented here is not meant as a substitute for or alternative to information from health care practitioners. Please consult your health care professional about potential interactions or other possible complications before using any product. The Federal Food, Drug and Cosmetic Act requires this notice.

In this article, we will discuss the effects of the cannabis plant, and its many benefits, specifically zeroing in on 5 of the most extensively researched cannabinoids.

First we will discuss what a cannabinoid actually is, and how it interacts with our brain and body. Then, we will parse through more specific and detailed explanations of each of the 5 cannabinoids and what they do.

First, What are Cannabinoids?

From discomfort inhibition to anxiety reduction, researchers claim that cannabinoids may have a significant effect on the brain and body.*

The way they are able to affect the brain and body is through the use of our body’s own endocannabinoid system- which is perfectly designed for interaction with the cannabis plant, according to researchers.

There are over 100 cannabinoids which make up the marijuana plant. Of these 100, 8 have been identified by the research community and extensively researched.

These are the most common types of cannabinoid which may provide beneficial effects for the mind and body.

THC is probably the most referenced cannabinoid. THC is the cannabinoid which gives users the psychotropic effects commonly referred to as a marijuana “high”.

This compound, when decarboxylated and active, interfaces with the CB1 receptors in our brain. This results in a release of dopamine, and allows users to experience the subsequent pleasurable effects associated with dopamine.

CBD, or cannabidiol, is the second most prevalent compound contained within the marijuana plant. It shares many holistic benefits with THC, without the feeling of euphoria.

There is no psychoactivity associated with CBD, as it only interacts with specific ECS (endocannabinoid system) receptors- this is because it does not directly affect the brain’s CB1 receptors.

However, CBD does enable the body to produce natural endocannabinoids which activates dopamine and opioid receptors. This is an excellent benefit for those with irregular moods and chronic discomforts.*

Aside from the possible benefits already discussed, CBD may also help with:

Similar to CBD, CBC will aid the body’s own endocannabinoid system in manufacturing naturally-occurring cannabinoids. It also causes the body to produce anandamide, the “bliss molecule,” also found in foods like chocolate.

CBC works with other cannabinoids such as CBD and THC to possibly provide relief from discomforts through this entourage effect. Simply put, CBC boosts the functioning of all the cannabinoids with which it interacts.

Cannabigerol, or CBG, is the “building block” to all other cannabinoids. CBG is the foundation upon which each different cannabinoid builds its molecular structure. It is the precursor to THC, to CBD, and all the rest.

However, CBG only makes up around one percent of the cannabinoids contained within the plant structure. Despite this, it is impossible to create most of the more active cannabinoids without CBG.

Independently, CBG also provides some benefit. Studies show that CBG has much potential, therapeutically. Like the other cannabinoids, it may assist with neurological disorders and inflammation. CBG also may show improvements in motor skills and increases the number of antioxidants in patients.*

THCV(A), also referred to as the “Diet Weed”, shows promising evidence for potential dieting benefits. Though it has not been as extensively studied as THC or CBD, current research indicates a great many benefits from THCV.

Its core benefit is the ability to suppress appetite without causing addiction. THVC enables the body to naturally produce hunger-regulating compounds in the body, reducing appetite for obese patients.*

Where Can You Purchase These 5 Cannabinoids?

Many CBD retail stores, such as 42 Degrees, offer a wide range of products containing CBD, CBG, and THCV. While many states have legalized the sale of CBD products, THC remains a federally regulated product. THC can only be sold and purchased in a handful of states across the nation.

Use Our Store Locator

Find a 42 Degrees location near you!

View articles about us, our industry, and what we are in to. CBD and Delta-8: What Are the Differences? What is Delta 9? Benefits, Safety, & Where To Buy It 5 Benefits of Investing in a Herb Vaporizer Join Our Loyalty Program and Earn While You Shop

Our loyalty program allows you to earn redeemable points for your purchases. On top of that, you will be also receive early access to sales, Two Point Tuesdays, and more! 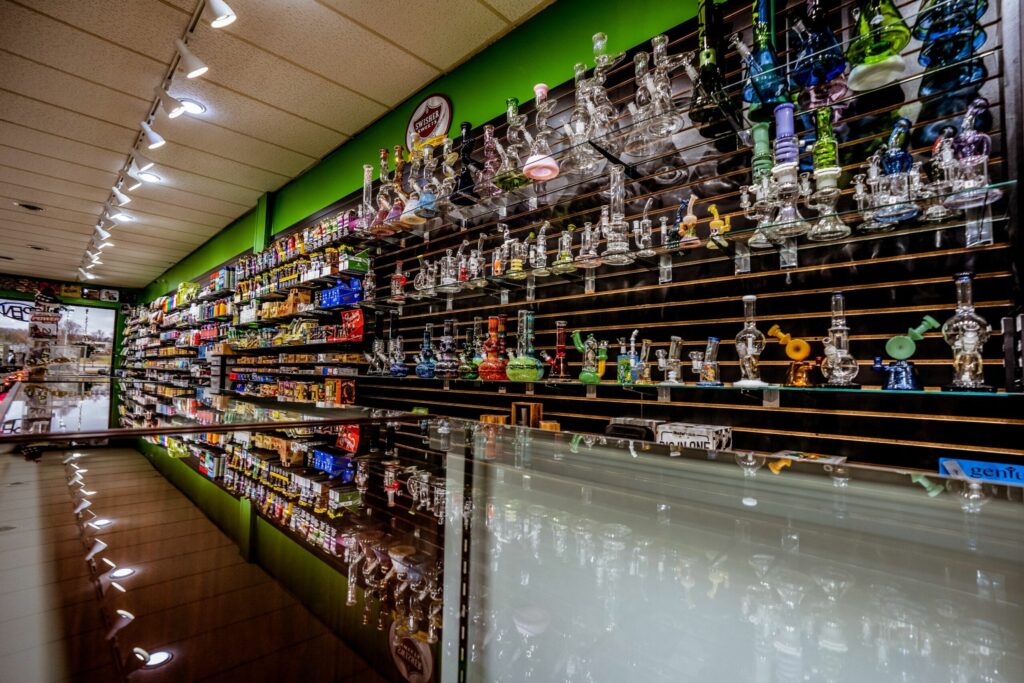